Gilly Rueben, a client and a very sweet woman, lives in a beautiful high rise condo development in Marina Del Ray. The condo shares its inviting swimming pools with a health club that is open to the public for a monthly membership. Like so many persons with disabilities, swimming is essential to Gilly's health, but she needs a pool lift to get in and out of the pool. Gilly did everything she could to get the Home Owners' Association to install a pool lift. Because they refused, Gilly was forced to drive to UCLA to swim rather than using one of the pools at her home. The law was clearly on Gilly's side but, it still took a year of litigation before the HOA finally agreed to install pool lifts. (Learn More)

Another reason I know there will always be a need for disability access litigation is that facilities continue to be built in an inaccessible manner. The City of Pico Rivera constructed a sidewalk that was less than 36 inches wide next to a large new shopping center. My heroic client Kathleen Barajas may have saved a life by forcing the city to make the sidewalk accessible so persons with disabilities no longer have to travel on the busy street. (Learn More) 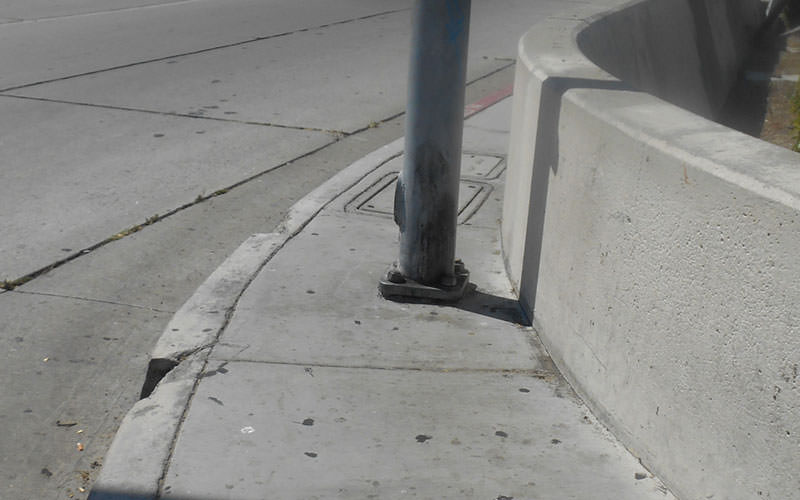 A client of mine recently wanted to buy a brand new car. Of course he wanted to test drive the car before he purchased it, but he couldn't find any car dealerships that would install temporary hand controls so he could test drive. The controls are inexpensive, easy to install and remove, and require no permanent alterations to the vehicle. We have filed complaints against 10 dealerships, and a few have agreed to install hand controls upon reasonable notice for test drives. Sadly several of the dealerships are fighting these cases. The silver lining is that this litigation will result in precedent setting cases that force all dealerships to accommodate customers with disabilities.

We have made a lot of progress in the nearly twenty years since I began to fight for fair and equal access for everyone, but there is still such a long way to go. Though the work I do is not always popular, I know it's worth it when I think about Gilly having a longer, healthier life because she can now swim at home. I know that these cases actually save lives by making sure wheelchair users don't have to travel in or across busy streets. I understand that people with disabilities want to independently live their lives just as much as everyone else does, and I will continue to fight to for that outcome as long as I have to.

Mark Potter is the founder of The Center for Disability Access and has represented thousands of persons with disabilities who have been discriminated against on the basis of their disability throughout the State of California. CDA has been litigating disability access cases since 1996. There is no other private firm that has had a bigger positive impact on disability access law. For more, visit his website, blog, Facebook or Google+.