My name is Connor Doran. On Season 5 of NBC's America's Got Talent, I made it to the top 12 out of 90,000 people performing with my indoor kites. I am still working hard at what I love and I have been blessed to perform in different shows across the country. I am also an epilepsy advocate for the American Epilepsy Society and Co-Founder of the Dare to Dream Team which promotes bullying awareness as well as indoor kite flying to children and adults all across North America. 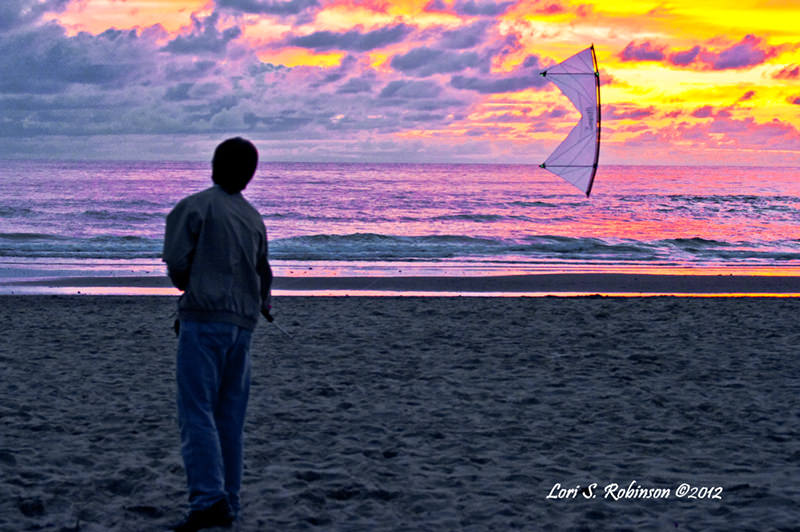 A Brutal Slide: Epilepsy to Anxiety to Depression to Bullying

I know for a fact that many people who are reading this have epilepsy and other issues they deal with on a daily basis. I know how this can cause anxiety and depression. I understand how people can feel it is holding them back from doing the things they want to do in their life. I am writing this article to let people know that no matter who you are or what your abilities, you can do anything you set your mind to. The reason I know that many people have anxiety and depression is because I am one of those people.

When I was 4 years old, I was diagnosed with epilepsy. I was having 30-40 petit mal seizures a day. I would stare out the window and not know what was going on. The anti-seizure medication kept my seizures under control until I was 8 years old. But then they came back. The seizures had manifested themselves into atonic seizures where I fell flat on the floor with no memory of what happened or who I was when I woke up. I went to several major Neurology centers including OHSU in Portland Oregon as well as Mayo Clinic in Rochester Minnesota. The only thing they could do is try different medications to see if they would work. Eventually, they put me on a second medication which controlled my seizures for two years until September of 2007 when I was 14 years old. That was the date where I had my first grand mal. Now that I was older I began to realize what was going on and I became afraid. I became so nervous that I developed anxiety. The anxiety got so bad that I began to get depressed. All my friends were learning how to drive and I was watching from the sidelines. My anxiety was so great that other students began to bully me about having epilepsy. I started to begin to see psychiatrists in order to deal with the pain that I was going through. The doctors added a third medication and then finally a fourth and that got my seizures under control. My seizures have been under control ever since and hopefully they will stay that way. 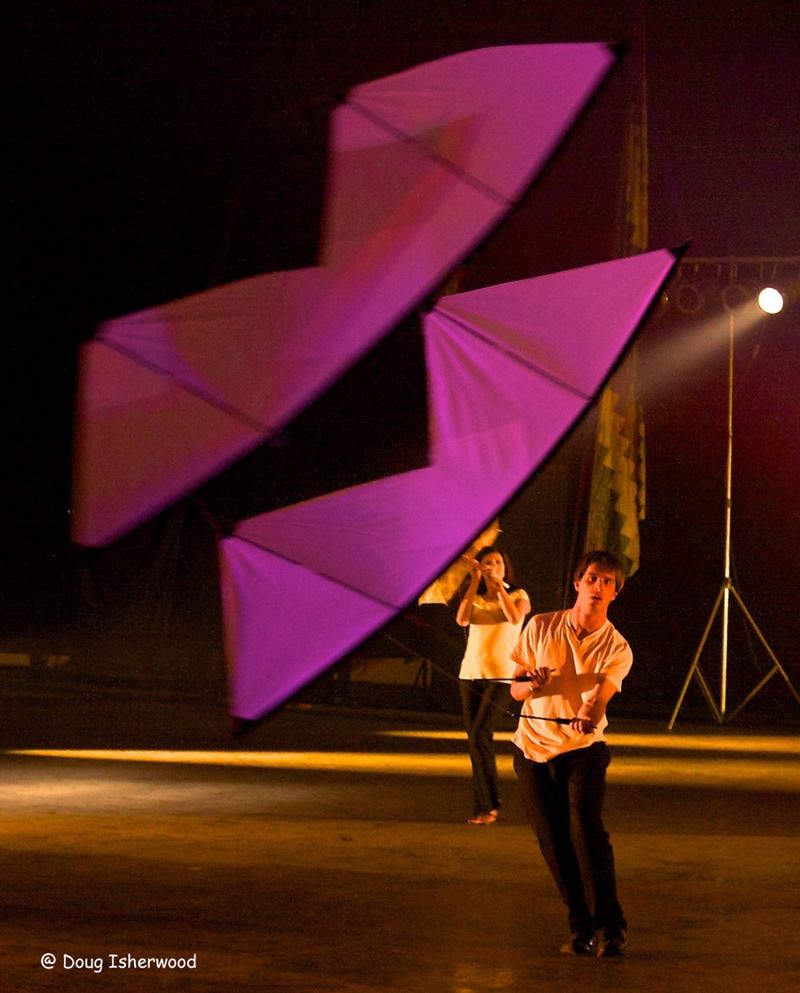 In 2007 when my seizures came back, I began to take up kite flying. I found that kite flying was very therapeutic to me. Although it didn't take away my seizures it made me forget that I had epilepsy and brought peace and relaxation in my mind. I have never had a seizure when I am flying the kite and when I fly it feels like nothing can touch me. I started to go to different kite festivals where we did performances with kites to music around Oregon and Washington State and this is where I met other kite flyers. We all shared a love of kite flying together and as a result built friendships that last till this day and will continue to last for the rest of my lifetime. One of those kite flyers was a man named Scott Weider who taught me how to fly indoor kites. In the summer of 2009, he went on America's Got Talent Season 4 but unfortunately crashed as a result of a line tangle so he did not make past the judges on the audition. That was the moment when I realized that you could do anything you set your mind to as long as you worked hard. I realized that I was not the only one who went through the struggles with epilepsy and bullying and that if kite flying has helped me it can help others as well. From that point on it was my dream to be on America's Got Talent.

In November of 2009, I sent the producers of America's Got Talent, a video of my kite flying. A month later, I got an email back from the producers of America's Got Talent asking me to audition in Portland. I was excited but apprehensive. I went to Portland to audition in front of the judges. Backstage I was nervous. I kept on thinking that something would go wrong and that I would blow it. Finally they called my name and I introduced myself. Howie Mandel asked me what I did and I told him, "I'm going be flying indoor kites." He also asked me why I started doing it and I told him about my epilepsy and anxiety.  When I heard the music begin, I launched the kite and began to fly. Thirty seconds into my routine I realized that the judges had not pushed their buzzers. This made me relax and I forgot about the buzzers and cameras and just flew. When I finished my routine, the crowed was in tears and on their feet. Mandel, who has OCD and anxiety himself said that sent him into the same place. Morgan said, "I was going to laugh at you until you started and it became one of the most extraordinary things I have ever watched."  I was sent through to Las Vegas with all three Yes's. I ended making it to the Semi-Finals in Los Angeles California, where I placed 12th out of 90,000 people that auditioned. 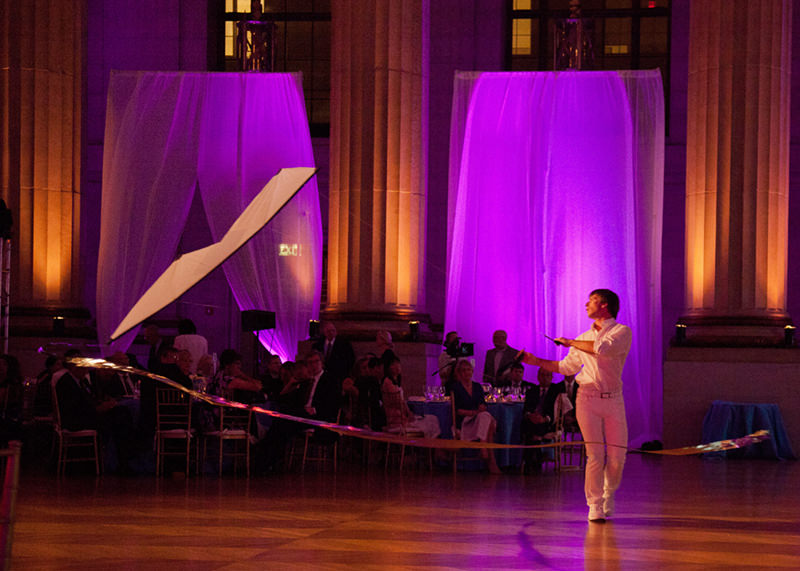 Although I eventually was eliminated from America's Got Talent, the effects of the show started to change my life and still do to this day. After the show I heard from thousands of people all over the world, who shared their stories with me about their experiences with bullying and depression. They also talked to me about how the kite performance inspired them and helped them to achieve their goals and dreams. I got multiple performance offers as well as sponsorships to perform and speak at different venues all across the United States and Canada. This included a speech that I gave at the National Mall in front of 7000 people in Washington DC as well as a performance and speech at the American Neurology Conference in Baltimore. I was even awarded several thousand dollars in scholarship money to go to college for the advocacy work I was doing.

I am 22 years old now and seizure free. I still have to take medications for seizures and I do not drive for safety reasons. I am a student at South Puget Sound Community College in Olympia, Washington. I am also a sales advisor for CDS Foods at Costco. I was able to get that job because they saw my performance from America's Got Talent and my ability to speak from several speeches. I hope to eventually marry the love of my life whom I met through kite flying and America's Got Talent. I currently am doing a show in Colorado Springs, Colorado in May as well as a tour in Canada in June and I will be performing in various events around the country. I have developed the Dare To Dream Program. This program helps educate people of all ages how to safely handle bullying, epilepsy awareness and believing in yourself, all centered around the joy of indoor kite flying.

One thing I have learned since being on America's Got Talent is everyone has different abilities and different gifts. We all have issues we deal with every day. Those things do not define or limit who you are. If you can dream it, you can do it.

Connor Doran flew his way to NBC's America's Got Talent Top 12 spot on Season 5. He later developed the Dare to Dream Program to inspire others to believe in themselves, to follow their dreams and to speak out against bullying. He is an advocate for Epilepsy Awareness, and has spoken and performed at many venues across North America. For more information about Connor Doran and Dare To Dream, visit www.connordoran.com or email Connordorankite@gmail.com. Pre-Register for Abilities Expo Today...It's Free!